How to Build a Remote-First Workforce Planning Model: Best Practices for Planning a Cost-Effective Hybrid Workforce

Is closing offices and granting your team work from home benefits a good financial move? 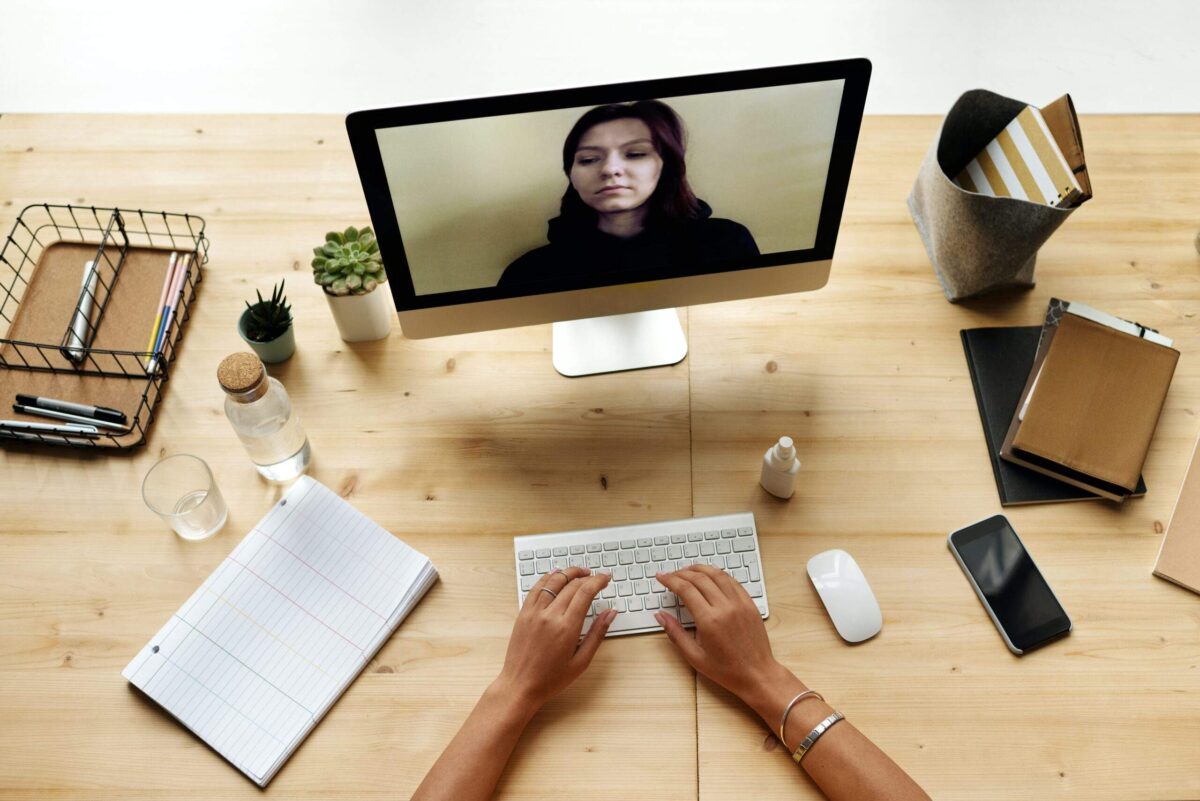 We’re nearly two years into Covid, and like many companies, you might be looking at the cost of your office space and considering the business case of moving at least part of your staff into permanent work-from-home or remote status.

Being the good employer you are—and recognizing the war for talent you’re in—you also want to ensure that your current team and future hires have benefits that allow them to work from home effectively and feel connected to the organization.

Is closing your offices and giving people compensating benefits a good financial move for your bottom line? (Of course there are many non-financial considerations, but for this blog we’re focusing on adding up the costs.)

How do you weigh and plan for the costs of such a change? In this post, we’ll walk you step-by-step through how to think about this, and use our free headcount planning template to run the numbers for a fictional company, NoMoreOffice Inc. That should help you consider all the moving parts as you plan your strategy.

Let’s start by laying out the base case.

Base case: Workforce planning template for keeping the office open

First, you can see we’ve spread out the actual hiring over the course of the year.

Second, let’s look at cashflow related to compensation (salary and bonuses only). You can see a significant spike every Q4, when bonuses are paid out. Engineering and product are particularly top heavy with higher bonus percentages, which explains the larger Q4 bumps. You can also see increases in Q1 due to salary adjustments that take effect in January. And underneath both of these is growth over time with hiring.

Now that we understand the current trajectory NoMoreOffice Inc is on, let’s consider the financial impact of taking a different approach.

NoMoreOffice’s CFO would like to calculate the impact of the following changes:

So how can NoMoreOffice’s CFO factor these changes into their headcount cost model?

By closing three offices, NoMoreOffice will save on rent.

The details are outside the scope of a headcount model, but we can do a simple estimate that gets us to $120,000 in rent avoidance in 2022. (The cost of office space ranges from roughly $5,000-$15,000 per employee per year depending on the market. Assume NoMoreOffice’s leases run $6,000 per employee, employ 20 people, and shut-down costs are negligible.) Factoring in the 6 person in-office headcount growth expected in the base case, rent avoided goes up by $36,000 each year.

Turning to compensation, we see the same overall shape as before, but the total level is slightly higher (about 2% at the end of the forecast period) because some of the newly hired staff are working from higher-wage states.

Looking at taxes and benefits, you’d expect to see a difference: bringing on employees in higher-wage states that also have higher payroll and employee-paid taxes should be a double whammy.

Surprisingly, the effect is actually negligible. Although higher pay increases FICA taxes for some higher earners (Social Security taxes cap out near $150,000 and Medicare at $200,000), it’s offset by state unemployment taxes.

In our example, the three states with the most employees today are Utah, Arkansas, and Florida. Our template includes standard rates for State Unemployment Tax (usually called SUTA (A for Act) or State Unemployment Insurance)—see the USA_Payroll_taxes_Benefits sheet and the table excerpted below.

Casual observers would consider Florida, Arkansas, and Utah low-tax states, but as the table below shows, it’s not so simple. Arkansas’ SUTA tax rate is almost double New York’s and almost triple Florida’s! And in Utah, though the rate is similar to several other states, the tax is applied up to a much higher wage level.

If we take a few specific employees as examples (the calculations are in the Calcs_USA Hires sheet in the template), the difference in SUTA tax expense is really stark: Utah is nearly double Arkansas, which is itself 50% more than the third place state, New York. And California is lower than Texas. Not where most people’s intuition would lead them!

The least surprising difference is the cost of the new benefits, of course. But the details still offer insights. Particularly notable is the cash impact right up front, when NoMoreOffice provides a substantial benefit for office set-up to a large fraction of employees and a new monthly benefit to all employees. After the initial hit, the benefits largely mirror staffing growth with small bumps visible at the department level when new employees join.

What’s worse, it’s not a smooth monthly expense: seeing this visually makes it obvious just how much of the cash hit happens in Q1 due to the home office setup benefit that hits all office-based employees at once. Finance has to factor in short term cash impacts in addition to yearly overall impacts of changes to headcount. These insights powerfully demonstrate the value of a good financial model. Closing offices might not be the financial panacea it looked like at first glance!

Variance analysis: Comparing the two paths to make a decisions

Now that we’ve looked at each option in detail, let’s compare them. To do this, we’ve created a third spreadsheet to calculate the variances between both scenarios. That is summarized in the chart below.

The results are striking. Four major findings stand out:

First, about 60% of the new costs that NoMoreOffice will face under this plan come from higher payroll as some staff join in high-wage states. But it’s particularly notable in years 3 and 4, so it’s also subject to the most uncertainty, and as a business NoMoreOffice could find ways to control this. For example, they could choose not to pay more in high-wage states, making it less likely job candidates from those states join the company. Or they could put the plan in action as outlined, but keep an eye on whether their estimates of new hires in high cost states are as high as they initially expected. If their assumptions were too conservative, payroll cost escalation might turn out to be less important than it looks right.

Second, the varying tax regimes of certain states have almost no effect whatsoever on the overall cost to NoMoreOffice. Of course, if your company is based in very low SUTA states and shifts to higher SUTA states, your experience might be different. But as with all tax topics, this one is quite nuanced.

Third, the costs of the new benefits is about 40% of the total new costs born under this plan, but 75% of the year 1 cost and 60% of the year 1 and 2 costs. Therefore, Finance’s immediate analytical focus should really be designing and funding this program the right way. There are of course many levers they could explore by adjusting eligibility, benefits levels, etc.

Fourth, the overall costs of higher benefits and payroll in year 1 are $221,470—over $100,000 higher than the savings from closing the office. And it only gets worse from there. Over four years, the decision is expected to cost over $1.3 million.

We hope you found the discussion above illuminating, and the spreadsheet files behind it helpful if you’re contemplating a similar shift in work location.

But as helpful as spreadsheets are in building a headcount model, relying on spreadsheets while trying to collaborate with your executive team will hold you back. When your CEO asks for the impact of a decision on each department, you’ll kill your credibility if you have to leave the C-suite for your cubicle for several hours. To persuade your leadership team, you need to answer questions in real time.

Why can’t spreadsheets get you there?

The good news is that OnPlan exists precisely to keep what you love about spreadsheets—the ability to build models with unlimited flexibility in an environment and with a syntax you know—while addressing the limitations of spreadsheets, like those above.

To do your own calculations, download our free master template by clicking here. Or schedule a demo with us by clicking the button below.

Is the Founder and CEO of OnPlan. His lifelong passion for Excel is rivaled only by his infatuation with Airtable. Prior to founding OnPlan, David founded Boost Media (now Ad Labs), an Ad Creative Optimization software company. David has worked in a variety of FP&A roles for companies including Interval Leisure Group (NASDAQ: ILG), Plum Capital and Goldman Sachs. David holds a BA from Brown University and an MBA from the Yale School of Management.

Get a high-level overview of the top FP&A tool on the market and learn how to choose the right one for you. Not enough time to read right now? Download this guide for free!

This program will benefit both OnPlan and QuickBooks customers by allowing them to combine their operational and financial data to make better decisions.  Moreover, it means that QuickBooks largest customers will be able to continue to use the existing software they love (e.g., HubSpot, Rippling, Airtable, etc.) and get all the benefits of a full blown ERP without sacrificing flexibility and the ease of use of modern planning and analytics technologies.

4 Essential FP&A Skills You Need on Your Team

Strategic thinking, storytelling, problem-solving, and objectivity are four soft skills that set aside the best FP&A analysists. Here’s why.

A step-by-step guide to board of directors reporting: How to write a board report

Create an impactful board report from your CEO or HR department

Meet the Team: David Greenbaum, CEO, and Founder of OnPlan

The story of how OnPlan was founded, our CEO playing basketball with P Diddy, and much more.

To provide the best experiences, we use technologies like cookies to store and/or access device information. Consenting to these technologies will allow us to process data such as browsing behavior or unique IDs on this site. Not consenting or withdrawing consent, may adversely affect certain features and functions.
Manage options Manage services Manage vendors Read more about these purposes
View preferences
{title} {title} {title}