SaaS Financial Projections For Startups: What You Need to Address

Everything you need to know about making a high-quality financial projection as a startup. 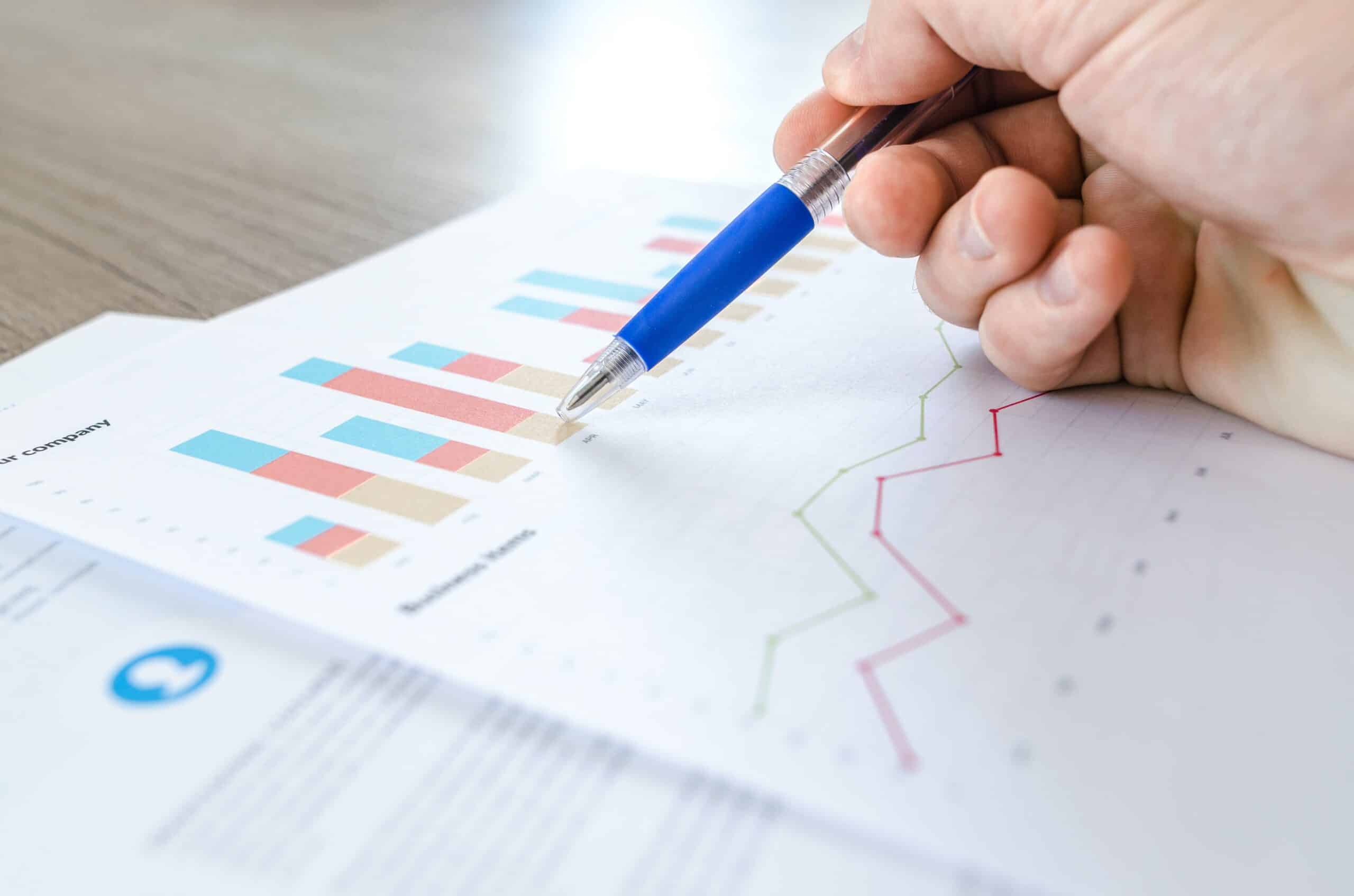 Saas Financial Projections: A Breakdown of investors Expectation from Startups

Startups and SaaS enterprises encounter a lot of challenges in the early stages. One of the greatest challenges is putting together financial projections for potential investors. Although 82 per cent of all startups’ early funding comes from the founders themselves, or their families, friends and personal networks, the remaining 18 per cent have to raise initial funds from angel investors. Often, when startups meet with angel investors, they’re still in the pre-revenue phase, which makes it difficult to make financial projections. That goes for both companies led by experienced founders, and companies led by founders who are only starting their first company. Fortunately, there are a few metrics that startups can use to estimate their financial projections. But – more importantly – there are specific criteria that angel investors are looking for. As a startup, part of your goal is to build your business’s existing model around that criteria. In this article, we not only identify the criteria; we also specify all the business elements a startup needs to focus on in order to show angel investors that the company is capable of meeting it.

Here are the main things investors want to see:

Is there a large-enough opportunity for this product in this market ($100M+)? This is a ‘gating factor’ for many investors or VCs. So you need to show financial projections, but the most important thing is to show there is a clear path to building out a $100 million revenue business. Due to the economics of VCs, they need home-run businesses. For that reason, the first thing an investor is going to ask themselves is, ‘Do I see a path for this business growing to be $100 million of revenue?’ There are two elements to that $100 million revenue opportunity:

In order to support a $100 million revenue business, you’ll want to (a) have an overall market worth billions of dollars each year, and (b) show your business would capture a small percentage of that market. In other words, you (the founder) want to see a large, healthy, billion dollar market, and they (the investor) want to see a path (financial projections) for your business capturing $100 million in revenue from this market.

Some Markets Present Bigger Opportunities Than Others

Markets that currently have a high demand for startup businesses include the following:

These are just a few examples of markets heating up right now, but it highlights how important it is your overall market is not only large, but is also growing. The more prevalent the market, the higher your business’s odds of success are. 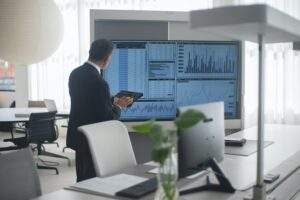 Your Projections Should be Ambitious, But Accurate

In the early stages we’re primarily talking about pre-revenue companies. Therefore, investors are going to take the whole set of financial projections with a grain of salt (they will not assume every number is accurate). Nonetheless, they want to make sure you are aggressive in capturing this opportunity. With respect to the $100 million revenue potential, make sure you are not showing (in the projections) a fast and seemingly simple capture of the $100 million in revenue. For example, if you show growth to $100 million of revenue in three years, investors aren’t going to believe it; it’s just not realistic, and – in a way – it shows a lack of understanding what it takes to scale a business. Even though most successful SaaS businesses and startup businesses do not grow to $100 million of revenue in three years, conversely, you don’t want to show a path of growing to $100 million in 15 years either. There’s sort of a sweet spot where investors want to see you achieve this $100 million number. Battery Ventures, a Boston-based private equity and VC firm, has come up with this acronym, T2D3, which means ‘triple twice, double three times.’ It really sums up what most venture investors are looking for. Generally speaking, investors want you to show the business can grow:

This represents growing from $1 million to $100 million of revenue in a six-year period, which is how the overall curb appears in the mind of the investor. That said, in terms of what to put in your financial projections, you’ll probably want to put a three-year financial forecast into your model as well as a five-year forecast.

Components to Include in Your Financial Model

In terms of the specific components of your financial model, make sure to include an income statement, balance sheet and cash flow report. On the income statement, which is where most of the attention will be focused, include no more than three lines of revenue. I’ve seen a lot of financial projections with five to seven lines of revenue, but that shows a lack of focus – and perhaps a lack of belief in your core revenue model, which is not good. If you are a SaaS business, you want to include some cost of goods sold (COGS) numbers, such as 80-90% gross margins. In terms of operating expenses, you don’t want to get too detailed; include somewhere between five and ten lines under operating expenses. This is where you will have items like salary, bonuses and commissions. For a SaaS business, 80% of your expenses are going to be in headcount. Then, you will want to have line items for sales, marketing, software, traveling and entertainment, some general and administrative (G&A) expenses, and then rent. On the ‘balance’ sheet, the key is the balance, frankly. With roughly a three-year model, you want to show the right growth rate. At this early stage, investors are mostly focused on top-line revenue growth when evaluating the business, and not as much on expenses. Investors are not going to drill too deep into the expenses.

In addition to top-line revenue growth, there’s another important piece of information investors want to see: the efficiency of your revenue acquisition. When you’re thinking about the expense portion and – more specifically – the sales and marketing piece of your operating expenses, it’s important to think about a ratio called ‘the magic number.’ The magic number is the relationship, or ratio, between the sales and marketing expenses or the investment in a particular period relative to the amount of booking in the subsequent period. Generally, investors want to see a magic number of at least 1. For example, let’s say in Q1 of a period, you have $100,000 of sales and marketing expenses. In the next period, investors would like to see at least $100,000 of bookings. If you have $100,000 of investment in Q1, and then $200,000 of bookings in the next quarter, this would be a magic number of 2.

*Note: You should also multiply the booking by the gross margin, but that’s a little more complicated. What this all means is bookings are your annual contract value you’ve captured in a particular period. So, a magic number of 1 means your investment in a period will be recouped within a one-year period. A magic number of 2 means a six-month payback period, so it’s the inverse.

Make Sure What You Ask For Matches What You Actually Need

Another important factor to think about is the amount of cash your financial model shows you require aligns with the overall total of what you’re looking to raise from investors. Remember, this is likely a pre-revenue company; what I mean is this: Let’s say you are looking to raise a $1 million initial round of investment, which would be a “pre-seed round” on the West Coast, but it might be a “seed round” on the East Coast. Regardless, say it’s $1 million of investment. When you are looking to raise a $1 million investment, the general expectation is it will last you for ~ 18 months. In this case, you want to make sure when you look at the cumulative losses for the first 18 months of the business, those do not equate to more than $1 million because it would indicate you should be raising more than $1 million. And if – conversely – the losses in the first 18 months are only $500,000, the natural question to investors is, “OK. Well, why are you asking for $1 million?” Ultimately, you want to relate whatever amount you’re asking for to the cumulative loss for that first 18-month period. If you do happen to be profitable – some SaaS companies turn a profit in their first year of operating – there’s a handy growth calculator tool online that will at least provide you with a baseline projection for how much funding you may need.

Investors Are More Focused on the Big Picture Than Numbers

Although it’s important you include elements in your financial model indicating your company is capable of generating $100,000 million of revenue, also keep in mind that investors are looking at your business from a 10,000-foot view, meaning:

Investors mainly want to make sure you are on the same page and are aggressive about going after the opportunity. They also want to make sure you’re gearing the funds you’re asking from them in a manner appropriate to get you to that $100 million growth trajectory over a reasonable amount of time.

For angel investors, an exit strategy is a part of their investment process and return. This means that investors will expect to be presented with various risk strategies for their investment. The chronological payout of the investment is something to be planned in detail by saas startup.  Exit strategies most commonly include:

The exit strategies will depend on the level of control and involvement chosen for every possible scenario of your saas startup.

The 4 Main Takeaways for Presenting Your SAAS Financial Projections

The financial projections you present to angel investors can be boiled down to a few key points:

By putting together a proposal that aligns with these points, you’ll maximize the odds of receiving the funding you’re requesting. And your business should be on its way to $100,000 of revenue.

Ed note: Want to dive deeper into essential FP&A topics? Check out OnPlan’s most popular posts of all time here:

Give your spreadsheets superpowers with OnPlan

Valerio Siviero, Chief of Staff at OnPlan, is responsible for Finance, Operations & HR. Over the last ten years, Valerio held roles as management consultant, VP Operations, COO and Co-founder & CEO. Whether in global organisations or high-growth startups, he always maintained an analytical, disciplined and structured approach. He relishes the process of creating clarity and alignment around visions, priorities and objectives in order to elevate a company’s performance.

4 Essential FP&A Skills You Need on Your Team

Strategic thinking, storytelling, problem-solving, and objectivity are four soft skills that set aside the best FP&A analysists. Here’s why.

A Step by Step Guide to Board Reports: What are They and How to Write One

In this article, we’ll cover some board report essentials: their purpose, general structure, and writing tips. We’ll also provide you with a board report template you can customize to fit your needs.

Meet the Team: David Greenbaum, CEO, and Founder of OnPlan

The story of how OnPlan was founded, our CEO playing basketball with P Diddy, and much more.

Congratulations! You’ve raised your Series A funding and now it’s time to think about how to scale up.

Meet the Team – Charlie Liu, Director of Solutions for OnPlan

Charlie Liu is the Director of Solutions at OnPlan. His responsibilities include architecting Apps for the OnPlan App Store and educating the market on FP&A best practices.